This essay was originally posted on Patricia Seybold's Customers.com.

Drive through the green hills of the Virginia horse country: dotting the rolling landscape are lavish 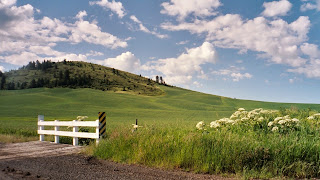 estates of the truly rich, distant stone monuments to old money overlooking countless acres of beauty and protection. Nearer the cities lie gated communities of the merely well-off, cloisters of fine homes and upscale condominiums onto whose streets only the authorized are admitted by uniformed guards. Then come the jumbled neighborhoods of the common, for whom horses are perhaps something to bet on and cheer if they’re of any consequence at all, the everyday business of existence being more at stake each day.

The stratification has evolved naturally, with the wealthy seeking high and isolated ground of their own, the accomplished erecting pens for themselves, and the rest left to strive as well as they can as they bump and clash their way through their weeks and days, doing what’s obligated and taking what’s offered. Humans have organized themselves in similar ways for centuries: feudal fiefdoms, the beau monde, tribal civilizations, even academic societies naturally organize themselves in this fashion.

The term personal computer is now precisely three decades old, but only recently have computing devices begun to truly shade within the penumbra of the person. A beige box on a desk was, in retrospect, hardly personal. A location-aware computing and communications device in one’s pocket is more so—always on, sense-enabled, and always connected to the new compute, data, and social resources of the world—and it has begun to influence, define, and modify personhood. Wearable computers are next: after that lies conjecture, but it is certain that devices will fuse ever closer to the essence of the person even as their resources and mechanisms evanesce to the cloud.

It’s unremarked, but of little wonder, then, that a similar stratification is emerging among these more-truly-personal devices. From the roiling primordial bog of silicon and copper that incubated technology for 30 years have emerged devices made increasingly in our own image: they help us see, help us remember, help us chatter and enjoy, help us earn and retain wealth—both the old kind, denominated in numbers and influence, and a new kind denominated in gnostic power.

For those affluent in this new way, there will be self-contained estates, separate and secure. For them, information is something maintained aloof and stoic and distant, and, most of all, detached. These elite of the new elites will build their own unapproachable stone monuments to their uncommon mastery of the wisdom of this age. They will loft their own clouds, because they can.

For those merely well-off in this new way, there will be gated and protected neighborhoods, their assets secured by paid patrols and uniformed guardians. For these burghers of the new era, security is something hired; privacy is a matter of dues and subscriptions; trust a matter of fealty.

For the common—those who participate without influence, who build without architecting, who use without grasping, who exalt but don’t know—the new age offers bounties, but wealth of the new sort is not theirs. Instead, for them lie days of labor leavened by circuses, their comings and goings predictable and, moreover, predicted, by their overseers, who ladle out a benign daily porridge without obvious cost.

Democracy, exult the common: behold the flattening; let no one hunger for bits and bytes and presence, and all for free.

Order, smile the bourgeoisie, secure in their pens, overwatched by guardians.