Atheists will have to do better than this 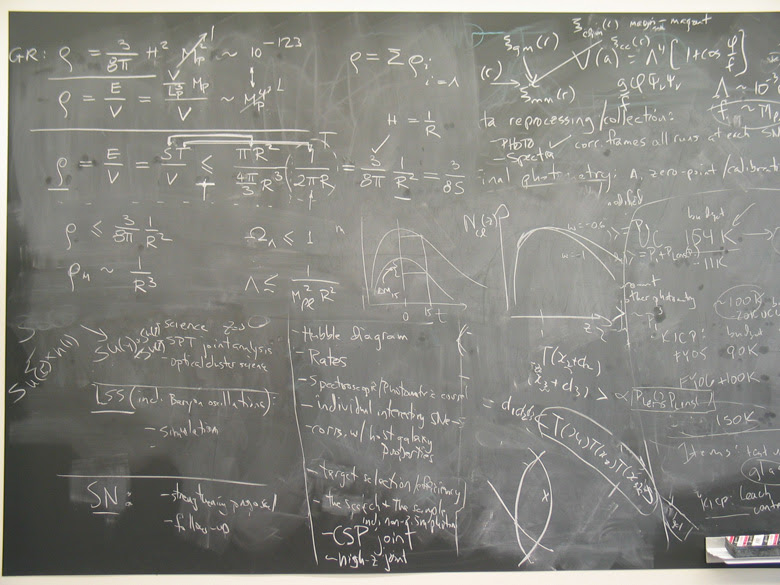 A nice little e-flurry has built around several bloggers' trading of a provocative comment from a book by Penn Jillette:

"There is no god and that’s the simple truth. If every trace of any single religion died out and nothing were passed on, it would never be created exactly that way again. There might be some other nonsense in its place, but not that exact nonsense. If all of science were wiped out, it would still be true and someone would find a way to figure it all out again."

Sigh.  Where to begin.

Well, for starters, an exactly parallel construct would be: If every trace of chalk written on a blackboard were to be erased, it could never be written-on that way again.  Which presupposes that whoever wrote on the blackboard wouldn't come and do it over.  Since Jillette's faith holds that there is not and never was a Creator, that makes sense to him.  The chalk, per his faith, was written by men.  And my use of the term "faith" is grounded by Jillette's reliance on such words as "never" and "simple truth."  On inspection, his logic is manifestly circular and self-referential.  (Or is it self-reverential?  [Chuckle] see what I did there).

Meanwhile, science--Jillette's unerring anti-theist lodestone--is hardly canonical across time or place.  For example, dial the calendar back a few years, and a conjecture that gastric ulcers might be caused by microbes would be met by hoots and derision.  How silly!  Bacteria that could survive the acid environment of the upper gut!  There was a day, not long ago, when a researcher proposing such foolish heresy would be laughed out of town, and out of his career.  That's close to what happened to Barry Marshall, who shared the 2005 Nobel Prize in Medicine with J. Robin Warren for that specific apostasy.  There are others: Prusiner and his infectious proteins is another good example.  In the physical sciences, the creative moment documented by the 3K microwave background radiation, so evocative of Genesis, was hugely uncomfortable for scientists to accept.  Years before, Einstein himself had striven to adjust his cosmology specifically to avoid such an event, believing (there's that pesky faith again) that the universe must be unchanging forever (and there's that word, an expression of accepting belief if there ever was one).  As another example, may I mention cold fusion?  The avalanche of mockery that met Pons & Fleischmann's premature publicity crushed what just might have been a spectacular technology in its infancy.  Though the phrase "cold fusion" remains a punchline, much about it remains unexplained, and sober minds are daring to propose a second look.

Here in the nanotech field, the miraculous is observed every day.  As the field advances, each layer of the onion peels away to reveal more onion: more unknowns about nature, and perhaps more unknowables.  Jillette's declaration against the divine is regrettable, as it relegates science to monotonic crank-turning.  On this special day, may we reflect on the scientific value of wonder and awe, and continue proposing foolish heresies.
Posted by Scott Jordan at 7:16 PM